It’s tough to keep a secret in the gun world. Especially when it comes to new releases. Springfield was even brave enough to mention they had a new gun coming well before the arrival of it. The Springfield Hellcat was a well-kept secret, but Springfield has finally played their hand. Let’s take a good look at Springfield’s new Hellcat handgun. 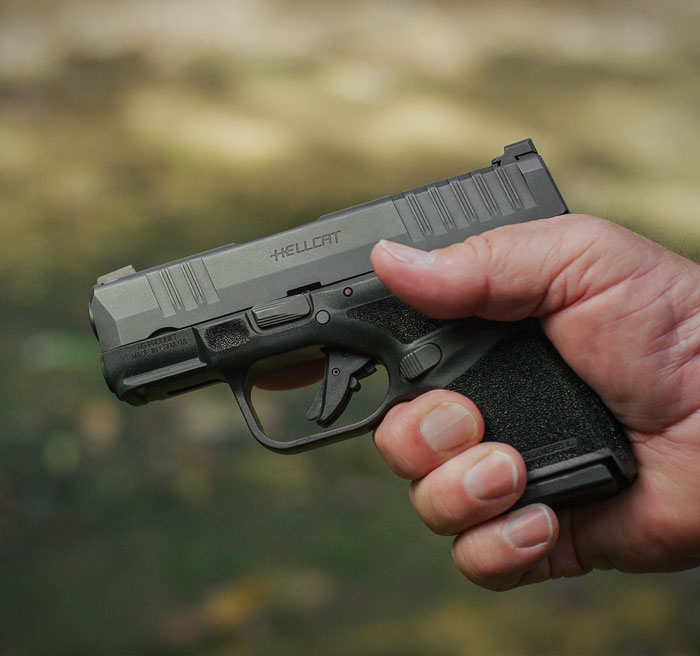 The Hellcat is a continuation of the XD series and is made in Croatia. The gun is a striker-fired, semi-automatic, subcompact handgun. The Hellcat has some distinct differences from the XD and XD-M series of pistols. These changes include the removal of the grip safety, as well as a new grip surface known as the Adaptive Grip Texture.

Right off the bat what caught most of us by surprise was the magazine capacity relative to the size of the weapon. Springfield created a superbly small handgun capable of holding 11 rounds in a flush-fitting magazine and 13 rounds in a slightly extended magazine. Springfield wants to close in on the SIG P365’s territory. Springfield is attempting to not only move in on SIG’s territory but outperform them as well.

The Hellcat is complete with Trijicon sights. The sight configuration is a high visibility day and night front sight and a rear U notch. The Hellcat also features a unique built-in, textured standoff device that allows you to place the gun against a bad guy and fire. This standoff device ensures the slide stays in battery and is a rare feature of such small handguns. 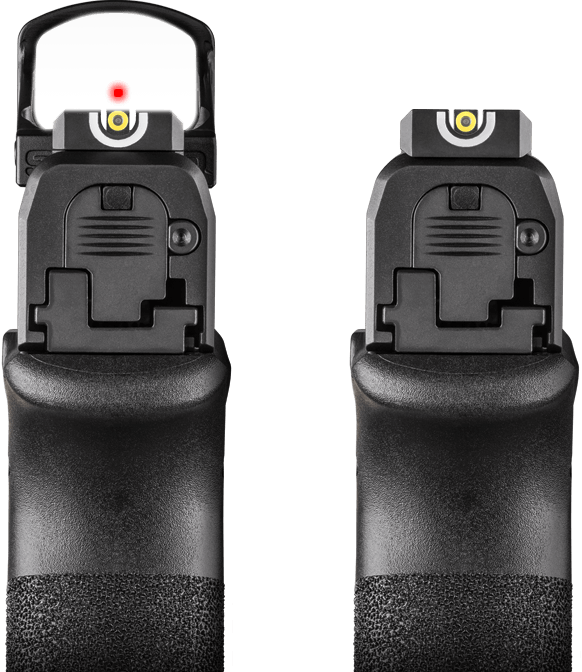 The gun lacks any manual safeties whatsoever and incorporates a Glock style trigger safety. The trigger itself is flat-faced, and the trigger group is nickel boron coated. Nickel Boron trigger groups offer a much smoother and consistent trigger pull. The Springfield Hellcat is one of the very rare guns in this size frame that is outfitted with a standard Picatinny rail. This rail increases the weapon’s ability to use lights and lasers, as well as training devices.

The specs are quite impressive. With the flush fitting 11 round magazine the gun is only 4 inches tall, making it a quarter-inch shorter than the SIG P365 with its 10-round magazine. The Hellcat weighs only 17.9 ounces and has a 3-inch long barrel. The total gun’s length is 6 inches long and is 1 inch wide. The Hellcat is extremely small, and I imagine it will be one of the easiest to carry guns on the market. 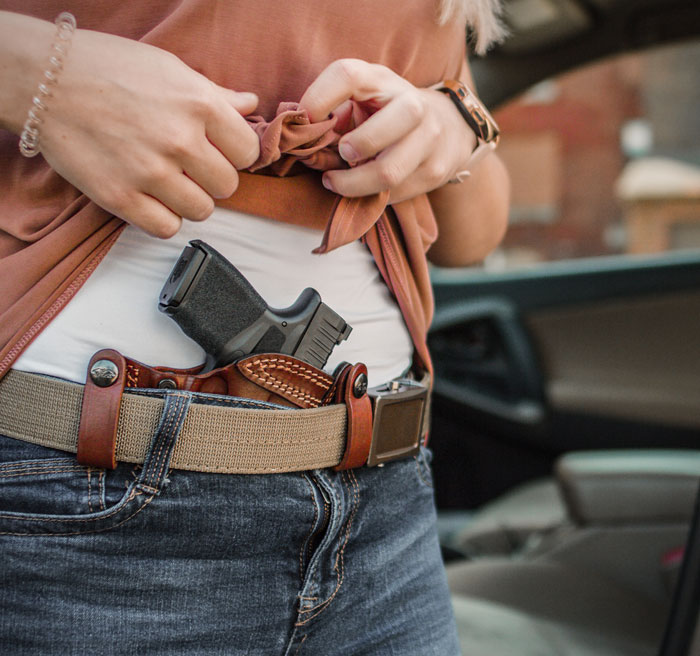 When the P365 premiered, I said that the industry was going to have to change to accommodate it. Companies have certainly tried to catch up, but it seems like the Hellcat is the first real competitor for the P365. Competition is always a good thing, and the Hellcat has stepped up to the plate. Keep an eye on this spot as we plan to have a shooting review out very soon so we can see where it stands. Will the Hellcat be your next handgun? Let us know!